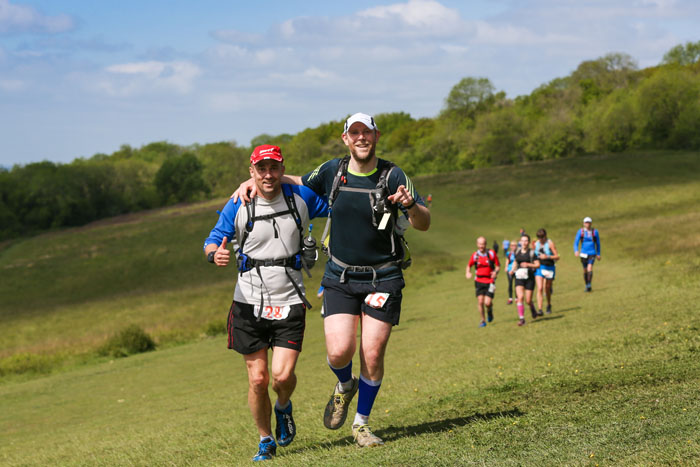 The 5th edition of the North Downs Way 50 dawned warm, bright and with the trails in good shape, gave runners the promise of a superb day of running. This race has taken on a special place in the calendar for many and we had a huge number of returning runners. 232 toed the line including the 2013 Champ and Course Record Holder, Craig Holgate.

The first few miles of the course are flat and fast and we often see a large number running together through the early aid stations. At Puttenham, CP1 just 6.5 miles in, Craig already had a gap of over 2 minutes on a group of four behind and commented that nobody else seemed to want to go with the pace - so he settled in to time trial his way to Knockholt.

Through Box Hill he set new record splits, becoming the first runner to make it through the 24 mile marker in under 3hrs (2:57) and by that point had a 15 minute lead. He stretched that through the toughest section of the course up to Reigate Hill (50km) reaching there in 4hrs flat, and then made Caterham with a gap of 6 minutes on his previous record split. As the heat kicked up to the highest point of the day, Craig was evidently feeling the effort of his 7:01 100km from 2 weeks ago, particularly on the climbs. But true to the classy competitor he is, he pushed all the way to the line and held on for a 6:43, bettering his previous time by 4 minutes. Nobody else has ever broken 7hrs on this course. Another superb run from the man in yellow. 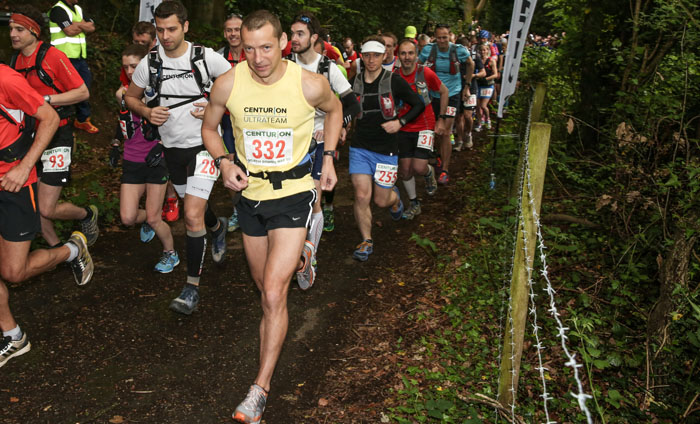 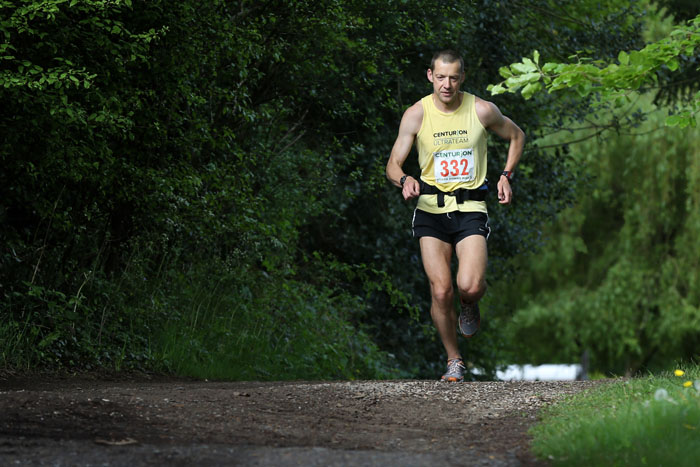 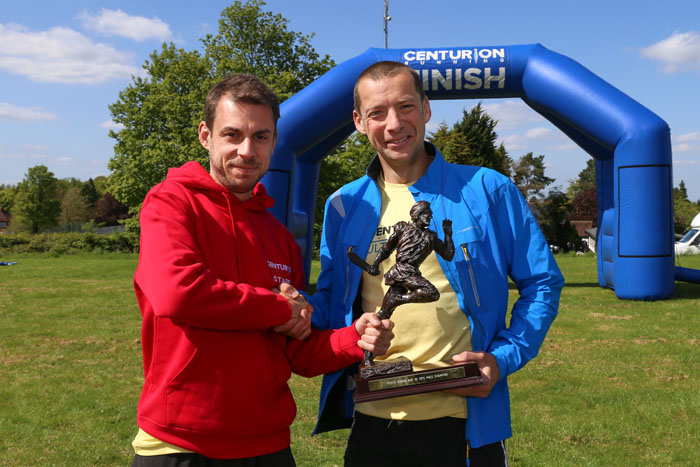 Behind Craig, the pack were really tightly bunched all the way through Reigate Hill, with around 20 runners all within 20 minutes of each other. It was there that the shape of the event began to change dramatically as one by one the lead guys slipped back. A couple made navigational errors and lost time on key sections, but largely the heat finally took it’s toll. Emerging from the carnage, was Jess Gray, lead lady, who had been in 12th at Box Hill. By the 50km mark she was up to 8th, and from there on in, made her way through the entire field (bar Craig) and popped out at the finish in 2nd overall with a time of 7:49:47 - just 36 seconds outside of Emily Canvin’s 2013 Course Record. A superb run. Jess is still relatively new to ultra running but will be lining up for her debut 100 at the SDW next month. A very exciting prospect. 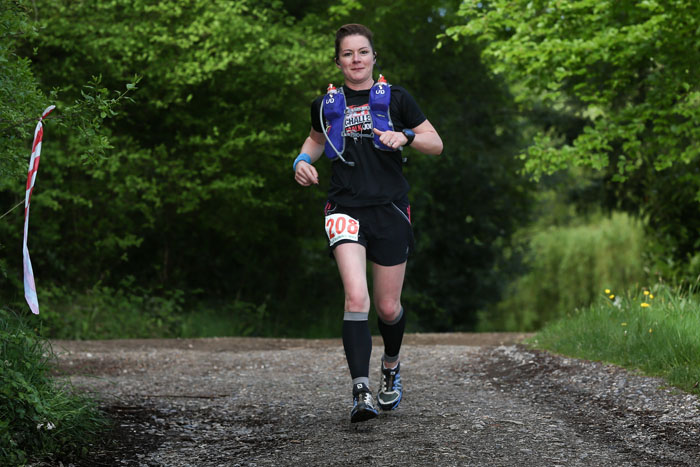 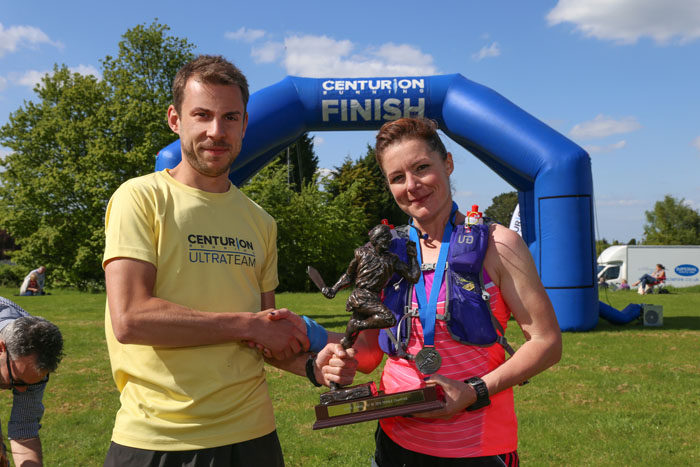 Two of the four Italians racing came home together in 3rd with a time of 8 hours flat. Davide Grazielli and Bortolo Mora are two fantastic ambassadors for the sport with a true love for the trails. 2nd lady was picked up by Maree Jessen in 8:57, Emma Diggle coming home 3rd in 9:14. 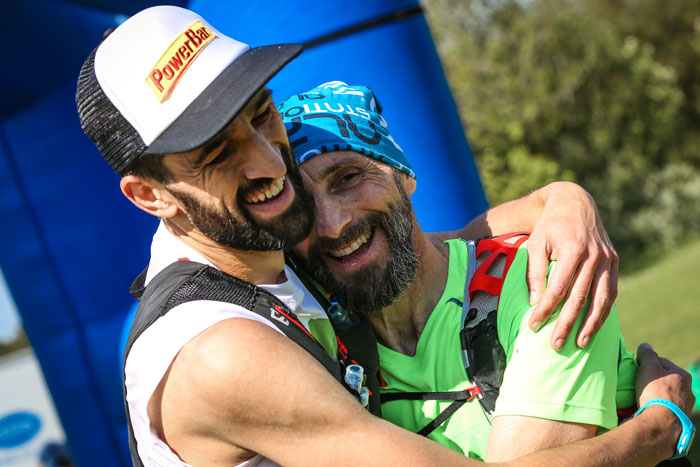 The front runners seemed to have suffered more in the heat than the guys and girls out there for the longer duration. The steady flow of finishers became a torrent through the 10 - 11 hour mark, and we welcomed home many repeat finishers as well as a host of first timers. All thankful to the volunteers for making it happen. As the sun dipped below the horizon, the 13 hour cut off loomed. A few runners were nudging up against the final check point cut of 1910 at Botley Hill - giving them 1 hour and 50 minutes for the final 7 mile run in. 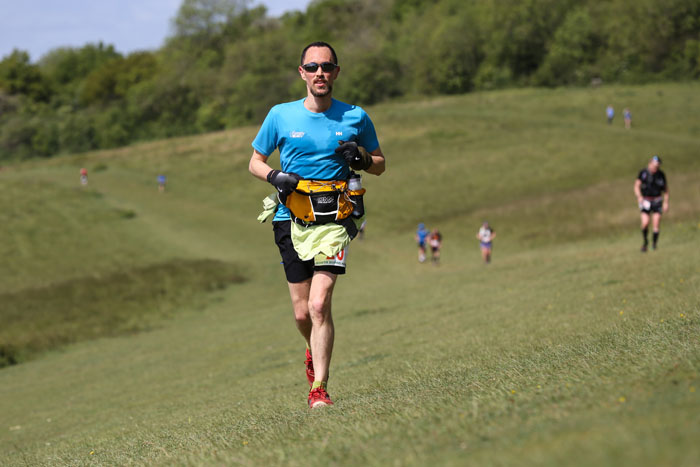 Our 205th finisher, Ian Macnaughton made it home with a scant 45 seconds to spare. Heart breakingly, behind him Christopher Fox missed the 13 hour final cut off by just 9 seconds. Two other runners made it home outside of the cut off, each having given everything to make it home in time. That leaves us with the stats of having had the two closest finishes to cut off ever, this year, Maxine Lock making it home 11 seconds under at the SDW50 and Christopher Fox’s time here. 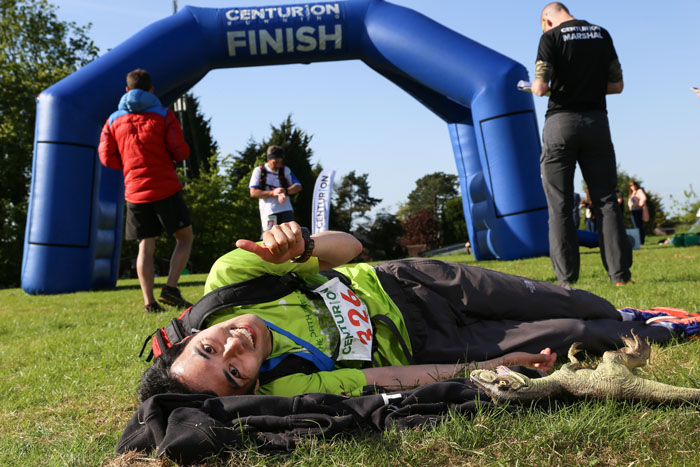 All in all the day seemed to be a big success, in large part as always thanks to the efforts of the 60 volunteers out on course, many of them up for up to 24hrs making the day as smooth and safe as possible for the runners. 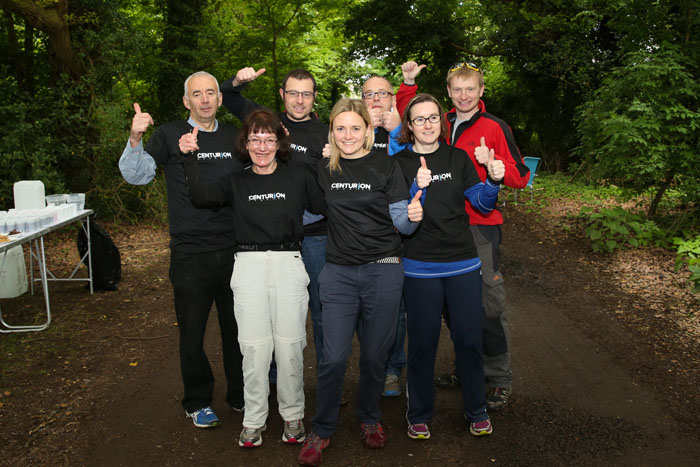 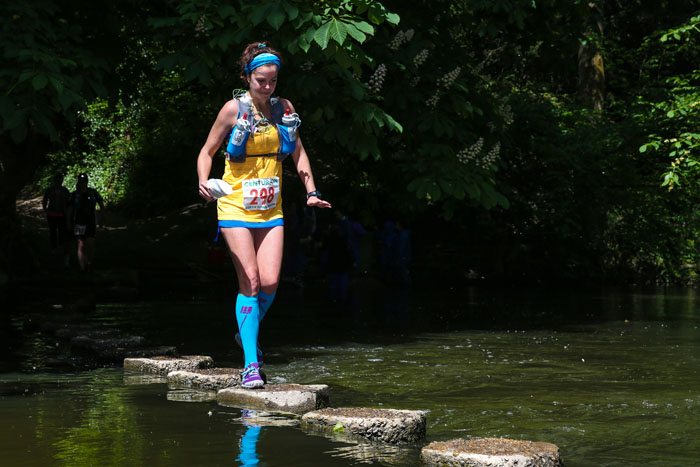 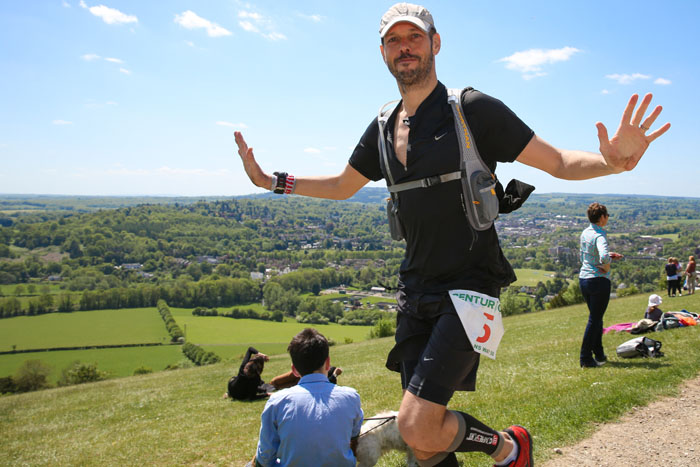 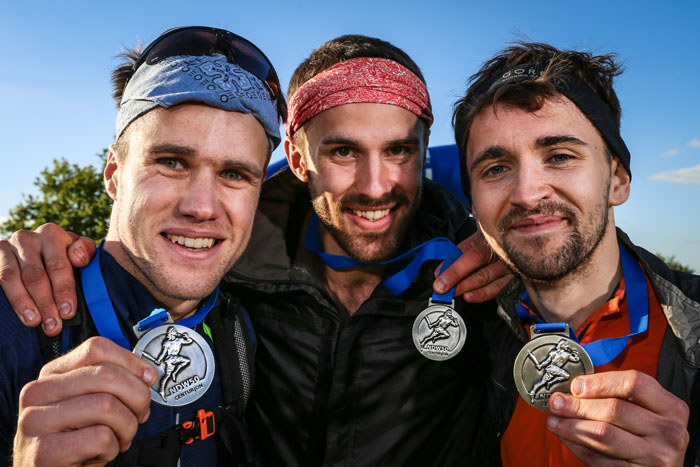 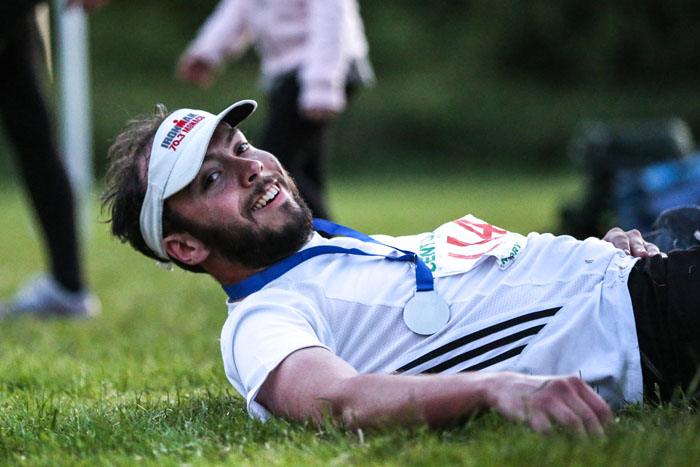